If It’s Flooded. Forget It.

This campaign continues to alert all Qld drivers of the dangers of driving through flooded roads, but now reminds them that their decision to drive through could have drastic effects on those around them.

4WD users were a tactical target this year, and specific content was produced to show them how quickly their vehicle could fill with water.

As well as traditional media, social formed a base for the campaign. 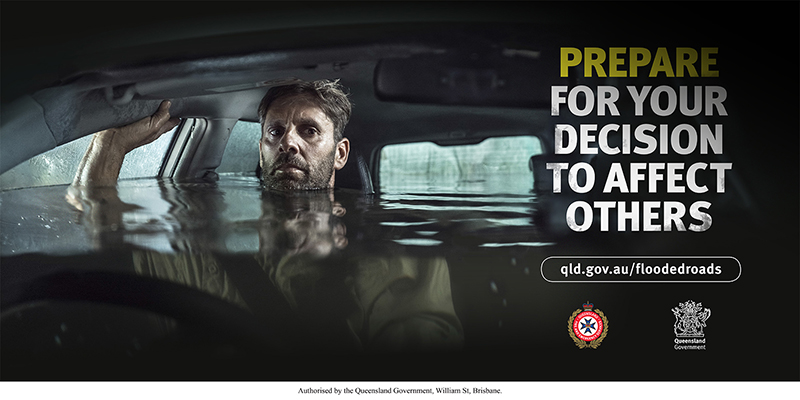